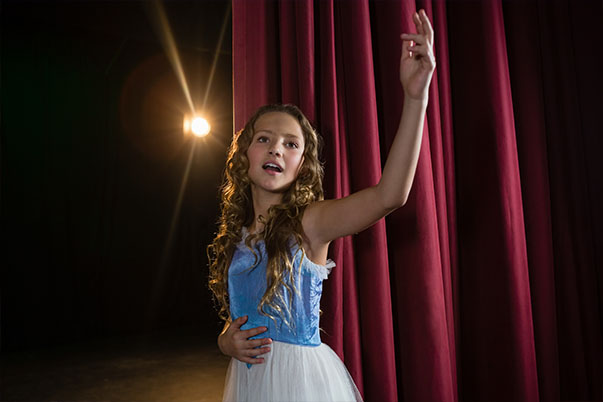 In searching for age-appropriate musical theatre songs to sing for auditions and performances, there’s a difficult age bracket–tweens and young teens–to find music for. For singers too old to want to sing “Castle on a Cloud,” “Tomorrow,” or “The Girl I Mean to Be,” but too young to feel comfortable singing love songs yet, it can be challenging finding the right song. This special age group tends to appreciate the mature sound and musical complexity of songs for adults but prefers songs with relatable content, particularly for auditions and performances. Here are 10 musical theatre songs for tween and teen girls to help you find some good options. I’ll give you 10 more that are geared toward tween and teen boys in another post. Not all of of these are actually written for tween or teen characters, but all of them offer an appropriate level of musical complexity with lyrics perfect for the age group.

1. What It Means to Be a Friend

From Jason Robert Brown’s beloved musical 13, you can’t get much more age-appropriate than this one. With the characteristic difficulty of Brown’s musicals for adults but with lyrics appropriate for, well, 13-year-olds, this song is a hit with my students.

This one from Once On This Island has been a favorite of young belters for years. A song about a young girl longing for her life to start, it doesn’t get much more age appropriate than this one.

3. The Secret of Happiness

From the lesser-known musical Daddy Long Legs, this song, sung by a girl in an orphanage, ponders how to be happy.

The most obscure song on this list, “I’m Not” is from a wonderful Off-Broadway show from the late 1990’s called Little By Little. With just a three-person cast, the show traces the growth of three people (two girls and a boy) through the difficult growth period between puberty and adulthood. “I’m Not,” originally sung by the great Christiane Noll is about an adolescent girl’s yearning to one day be seen for all the things she is (successful, intelligent) instead of what she’s not (spicy, hot).

From Spelling Bee, this is a fun character song for a belter. In fact, the whole show is full of great songs like this.

6. Super Boy and the Invisible Girl

From Next to Normal, “Super Boy and the Invisible Girl” is a heartbreaking song sung by a teenage girl who can’t compete with her dead brother for her bipolar mother’s affection. The song would need to be tweaked to turn into a solo. The character’s other solo in Next to Normal, “Everything Else,” is also a fantastic song, but I didn’t include it because the swear words make it difficult to give to young tweens for auditions.

7. Some Things Are Meant to Be

Beth’s beautiful and sweet death scene song in Little Women, “Some Things Are Meant to Be” can be hard to get through without crying at the end. But I haven’t met many people who don’t love this song. Since this is a duet, it also needs to be tweaked to be turned into a solo, but it can be adjusted fairly easily.

8. In My Own Little Corner

From the Rogers and Hammerstein version of Cinderella, “In My Own Little Corner” is the song in which Cinderella imagines herself on a variety of adventures away from her stepmother’s house.

From one of Stephen Sondheim’s famous flops Anyone Can Whistle, the title song is a stunning ballad that’s relatable to pretty much any age and gender.

Maybe a little overdone for professional musical theatre auditions (but for good reason), “Much More,” from the long-running show The Fantasticks, is about the hopes and dreams of a teenage girl who doesn’t want to grow up to be “normal.” I included Luisa’s famous monologue in the video too.