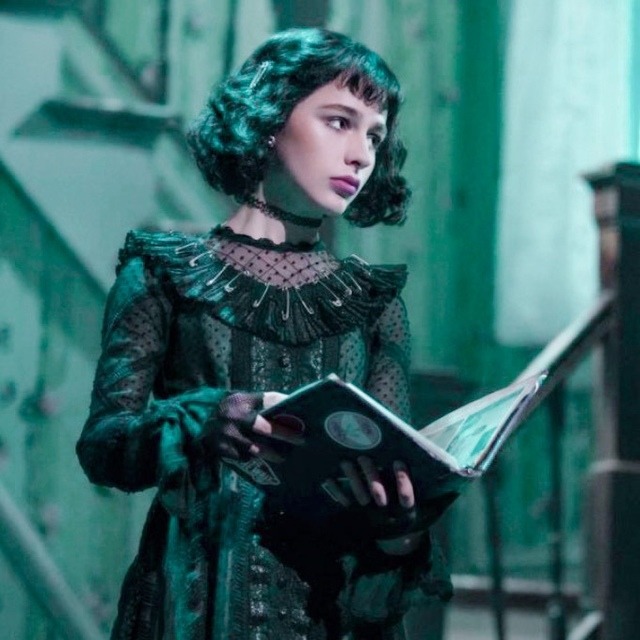 When I signed one of my students up to sing “Dead Mom” from Beetlejuice at our December Recital, our Program Manager replied, “Sorry, we already have 2 Dead Moms.” Darkly comedic phrasing aside, the point is clear: Everyone loves singing the song–and it’s not surprising. The song is catchy, fun to belt, and extremely vocally challenging, not to mention that Sophia Anne Caruso just kills it and is exciting to listen to. But you’re going to need to put some work into this one or “Dead Mom” is going to produce dead vocal folds. Not only does the song start off as a fairly high belt to begin with, it modulates even higher at the end and continues to build. This one is no joke and needs some serious vocal chops!

What Makes “Dead Mom” Such a Hard Song?

What doesn’t make “Dead Mom” a hard song? The early verses that sound comparatively chill next to the rest of the song already require a belt up to a C#5 (2 C#’s above Middle C). By the first chorus, Sophia is already sustaining that C# belt over and over again on an “ee” vowel, a notoriously difficult vowel to belt because it’s so closed and lends itself better to head voice. By the end of the bridge, we’re already up to belting a D5. By the end of the song, we’ve hit an E5!

Let’s just start by admitting that if you aren’t even close to being able to belt a C#5, it’s not suddenly going to happen by reading a blog. That said, if you can belt those notes in warmups and just need some adjustments to get them working within this song, or if you can have a strong head mix, then this section is for you. If not, you should go to the Voice Strengthening section first and just know that this is something you can develop over time.

Let’s start with the C# in the first verse: the “I” in “But Dead Mom I gotta ask.” Whether you’re making this a belt or a twangy head mix (I vote twangy head mix so that the song has room to grow), go for “mah-mahie-gahda ask” using ah’s that are closer to “a” as in cat. Keep the sides of your tongue up high by your molars, make a face like you’re biting an apple, and scrunch your nose.

Now onto the oh so kind-hearted line “impale him through the heart,” since that’s where the C# falls. If you listen to Sophia, she drops the diphthong in “impale” and makes it “impall” (with an “a” like cat again) so that she doesn’t need to adjust her mouth shape so much. She also swallows the “h” in “him” because the “h” sound is an aspirate and has a tendency to leak too much air. Finally, she makes her “through” sound like “threeeoo” in order to keep a higher tongue position and make that belt more manageable. Try impall-im threeeoo theuh heart.”

This chorus is really going to test you. A closed “ee” sound probably just isn’t going to work. Try something closer to an “i” (as in kick) while your mouth opens back into that apple-biting face. Your tongue should remain close to that “ee” position, but your mouth shape should not. Watch Sophia at 1.07 of the video to get an idea of mouth shape. This goes for all the high sustained “ee” vowels in the chorus.

Now we’re up to that D on 2.00. The first thing to think about here is that you shouldn’t feel like you need to hold onto that note or clench your throat to get it. It should feel like you’re just throwing a light ball (overhand) and releasing it as if you joyfully shouted “yay!” Next, modify “I’m” to ah-m” and “done” to “dah-n.” This gives you some vowels more conducive to a belt.

And now the E on “say”! First off, as with “done” at 2.00, this should be a throwaway, where you just feel like you’re throwing the note and releasing it. Luckily, the “ay” vowel is pretty good because it raises your larynx, keeps your tongue high, and allows your mouth to open naturally. We do want to get rid of that “s” sound, because it releases a lot of air. Go for a “z” consonant, like you’re saying “zay” instead.

Here’s the section you should head to if you just can’t belt anywhere near those notes to begin with and your head mix isn’t strong enough yet to be convincing on this.

First thing’s first. If you’re going to be doing a safe healthy belt, you need to use great support, and you need to “open your throat” by retracting your false vocal folds. Head over to one of those previous posts for some tips on each of those topics.

This first one is to strengthen all aspects of your mixed voice. It’s not meant to be belted that high necessarily, but it should remain twangy, or “bratty” nonetheless:

This second one is all about belting safely. As I mentioned earlier, imagine throwing the sound, like you’re throwing a ball. The sound should be made and released.

For this last one, we’re going to start to work on sustaining that “a” belt. It’s more important than ever to focus on excellent posture and retracted false vocal folds.

Best of luck in your practice, and make sure to let us know how you’re doing in the comments section!

Road Tips for Rookies: How to Prepare for Your First Tour