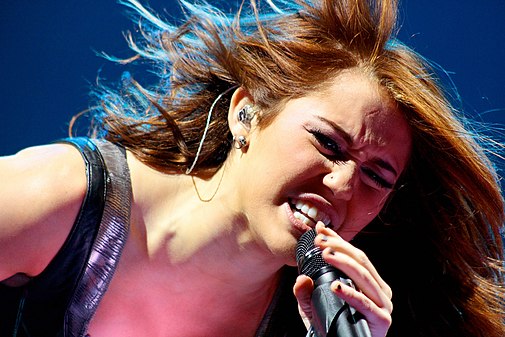 You can work with a vocal coach to hone your voice to absolute perfection, but if you don’t understand how to use a microphone on stage, no amount of talent will compensate. Learning microphone technique isn’t difficult, but in order to actually improve, you’ll need to either buy your own stage microphone or practice on somebody else’s.

I’ve noticed there is an abundance of information on the web about various types of microphones with lengthy descriptions of polar patterns and extraneous information. It’s sometimes better to only learn what’s applicable instead of getting bogged down by minutia. This entry is for those singers who need to know what to do with a microphone if they’re handed one at a recital, a karaoke night, an open mic, or a some similar event. Those are the no-pressure types of situations that you should use to cut your teeth as an aspiring artist.

In order to learn microphone technique, you’ll need to at least know a little about the microphone you’ll be using. Almost every casual microphone that gets thrust into your hand on stage is what’s called a dynamic microphone. They’re the prototypical ice-cream-cone-looking microphones you always see. Within a dynamic mic, there is a diaphragm that moves in response to air pressure changes. The motion of the diaphragm causes a coil to disturb a magnetic field, which generates an electric current. But the more important thing about dynamic mics that you need to know right now is that they’re really robust, can take a lot of high amplitude sounds without breaking, and are generally cheaper than other microphones.

Cardioid polar pattern: more sensitivity in the front than in the back of the mic

Independent of microphone type, there is something called a polar pattern which relates to how responsive a microphone will be from various angles. You’ll typically sing into what’s called a cardioid microphone, which means the microphone is more sensitive in the front, where you’re singing, and less sensitive from the back, where ambient audience noise is. Cardioid microphones typically result in less feedback (that awful high-pitched whiney sound). Like I said before, there’s a ton of information about this stuff on the web, and if you can manage the headache and the time, you should really learn it. For now, it’s out of this blog’s scope. Let’s look at some microphone performance tips:

How to hold a microphone

Whether or not you are using a mic stand, the angle of your microphone should be angled slightly up, almost parallel to the ground, and pointed at your mouth. See picture for less ambiguity. This has to do with that polar pattern I was talking about. If you hold the mic perpendicular to the ground, the microphone will fail to pick up a lot of your voice.

Distance from your mouth

This concept is a little more flexible. You’re going to have to play with a microphone to find out exactly how far you should hold it from you in any given situation. A good rule of thumb for people singing at a normal volume is about two inches away from your mouth. Farther than that, and you lose some of the frequency depth to your voice, not to mention, the mic starts picking up ambient noise and drowning you out. That being said, when you’re hitting power notes, you might choose to pull the microphone slowly away from you to about five or six inches away. Conversely, if you want to hit some quiet, intimate notes, you can lean in until your mouth is almost touching the grille. Just make sure not to hit your teeth or lips on it.

It’s intensely important that you rest on the vocal technique you’ve already practiced off the stage. Sometimes (more often than not with weekend warrior sound guys), you won’t be able to hear yourself well on stage. Your vocal monitor might get drowned out, or you won’t have one at all. Don’t panic. And don’t keep raising your voice until you can hear yourself. First off, other people can hear you just fine, so you don’t want to scream. Secondly, you should have some muscle memory in place. Instead of sounding like a dying animal, trust your muscle memory and sing normally.

Keep it away from the speakers

This one is probably the easiest tip here. Don’t ever point your mic toward monitors or other speakers. It will create so much feedback. I can say that a million times, and you will still do it at least once (usually when you put your microphone down at your side, and you aren’t paying attention). You will wince, your audience will wince, and then you won’t do it again for a solid year.

Stage Presence Dos and Don’ts
Congrats to Our OCSA Admits