Should You Get Classically Trained in Order to Sing Pop Well?

I get this question a lot from loving parents who want to do right by their kids and get them the best education possible: “My daughter loves singing Adele and Taylor Swift, but should I get her classically trained first so that she can sing pop music ‘correctly’?” Given all the vocal injuries we hear about, it’s not a misguided question. But to better answer the question, let’s use a parallel example. We’ll replace singing an opera with reciting Shakespeare at the Globe Theatre, and we’ll replace singing pop music with performing in a sitcom.

I get this question a lot from loving parents: My daughter loves singing Adele and Taylor Swift, but should I get her classically trained first so that she can sing pop music 'correctly'? - Check out this post for the answer! Click To Tweet

The History of Classical Vocal Training in a Few Sentences

Let’s start by saying that classical vocal training isn’t any one thing. There isn’t some flawlessly healthy vocal technique out there that embodies the “correct” way to sing. And that’s not a diss against classical singing! When it comes to classical vocal technique, there are many traditions, from Italian bel canto to German Sprechgesang, to the many choral traditions out there (in which the technique often differs vastly from opera technique).

And that’s a really good thing! It means that these traditions developed their technique as a living, breathing artform. It means that singers performing in a parlor with one piano used technique that was probably optimized for parlor singing. And that a singer projecting over an orchestra on the Italian opera stage used technique in the service of that feat. And that a chorus of voices uses technique that helps its members blend and not overpower one another with immense amounts of squillo.

My point is that instead of thinking of classical technique as some otherworldly set of rules, think of it as functional tools used by specific groups of people at specific times in specific venues, varying based on the situation. 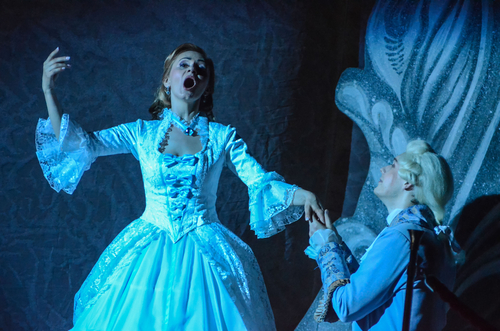 DNIPRO, UKRAINE – MAY 27, 2017: Classical opera The Barber of Seville performed by members of the Dnipro Opera and Ballet Theatre.

How Does Any of This Apply to Today’s Music?

In 19th century Italy, singers used tools that would help produce a certain aesthetic that was popular in the opera houses. It produced both a functional (in that it could carry over an orchestra) and beautiful sound.

In today’s world of music, things look a little different. Unless you’re performing at the Met (or one of the other amazing opera houses out there), you probably don’t need to sing over an orchestra without amplification. You might be performing at a coffee shop with an amped mic, where you’ll breathily sing to your audience in a manner appropriate for that intimate setting. Or you might be belting out a show tune on the Broadway stage and need technique suitable to that aesthetic. Or maybe you’re singing a cartoon voice and need to sound nasalized. In all of these instances, you’ll need a functional set of tools to help you sing the style you’re looking for. 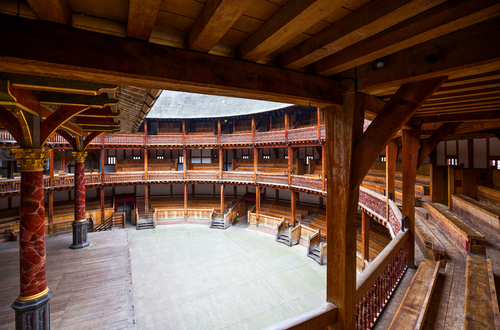 And What Was All That Stuff About Shakespeare and Sitcoms?

Picture this. You’re watching Modern Family or Seinfeld, or whatever your favorite sitcom is, and one of the characters makes one of his jokes as if he’s intoning a soliloquy from The Tempest at the Public Theatre in Central Park. Remember, at the Public Theatre, they’ll have to project; their diction and facial expressions will have to be fairly pronounced so that the people in the back row will still benefit. The screen is a different medium, and acting for a sitcom is a different beast. The camera picks up subtleties that a stage doesn’t. There’s no need to speak as loudly or enunciate as much, and if you do, it’ll sound out of place and somewhat absurd. That’s not a value judgment on either Shakespeare or sitcoms. Anyone who’s met me knows I’ll attend every Shakespeare show in the vicinity but also like ending my nights watching TV shows where good looking young people experience totally innocuous conflicts. It’s simply that delivering lines in a certain way may be perfect for one genre or medium but totally inappropriate for another.

And the same goes for singing. What might be perfect for the opera stage would sound out of place and possibly absurd when applied without alteration to other genres (with the possible exception of legit Broadway).

So Is There Any Value to Classical Voice Lessons if You Don’t Want to Sing Classical?

Yes, absolutely! There are many, many crossovers that classical voice lessons can help you with. Working on a strong head voice and a bright mixed voice will help you in other genres; great breath control can serve you no matter what (although even that you’ll need to learn how to alter based on the genre). And, of course, learning a difficult skill and acquiring fluency in a high art genre you may not have otherwise been exposed to has great value.

Just make sure you’re doing it for the right reasons. If you think it’s the most expedient way to learn the “correct” way to sing other genres, you may want to look elsewhere. Check out this older post for more similarities and differences between classical singing and commercial singing.

Do Females Have a Falsetto Register?
How to Sing With Better Timbre