Songs as Monologues: Expressing the Character While Singing 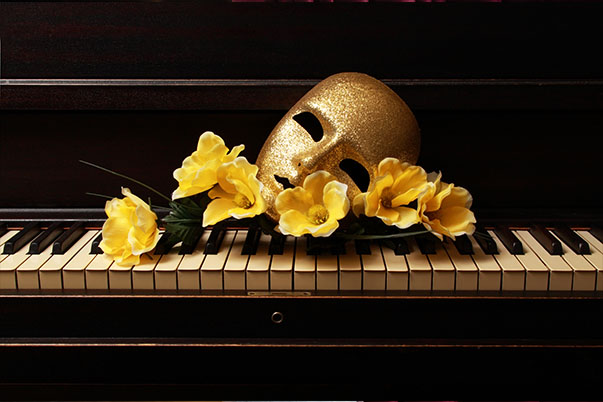 The following was written by our Program Manager and voice teacher, Anne. She discusses how songs should be performed, much the same way as an actor would perform a monologue.

The voice is a unique instrument. First, it is an instrument that is, quite literally, us. The shape of our heads and necks, our very genetics, add to that specific sound that is ours. Second, because we are able to speak, voice is the only instrument that also uses words, and this fact alone opens up many avenues for expression that aren’t always open to other musicians. But even with this incredible ability to tell our audience what we are feeling, we so many times take it for granted, and the words, while we may have them memorized, might fall a little flat.

Let’s go back to the world of an actor. Actors have two basic sorts of things to read. They have dialogues (conversations between two or more people), and they have monologues (a long speech by one actor). Dialogues are what move the plot forward. They basically tell us what is happening. The monologue is when a single character is discussing how he or she feels. It isn’t moving the story along, but it is giving more depth to the character.

Now let’s take a step closer to music. Opera is a play that someone put to music. There is no qualifier here; that is actually all it is. Dialogues are now called “recitatives,” and monologues are now called “arias.” If we move out of the world of opera and into the world of musical theatre, the monologues are replaced with songs, and the dialogue stays as the spoken parts that move the story along. In other styles of music, such as jazz, pop, and rock, we have gotten rid of the dialogue. All we have left are albums filled with monologues. Does that mean that we abandon the story? Oh no. Sorry, we don’t get out of it that easily.

We as singers have the ability to use words, but a lot of the time we forget them. Many composers are very good at setting words, and, to be fair, many songs are more about the music than they are the words. But we can’t leave out this important aspect of the song. We get to use words, and that means that we should do so thoughtfully.

When I am working with a student on a song in preparation for an audition or a recital, I like to discuss with them what the song is about. What do they think it means to the singer? What does it mean them? What is it that they are trying to tell the audience? You can use this concept to help you with your musicianship as well. What is the shape of the song? Does it make more sense to be loud or soft here? Are we giving too much in the beginning? Does it make more sense to be airy here, and do we want to go into a full belt on this refrain, or save it for the last one?

An exercise that you can try by yourself is to look at the lyrics and ask yourself what the important words are. Which ones are we headed toward in the melody? Go ahead and underline those words. Now, when you are singing, try making those your “landing points.” Don’t treat every single word exactly the same, but instead create a phrase where that underlined word is the one you focus on. What does that do to the song, and how does it change your interpretation of it?

Words have a lot of power. Don’t let that power go to waste.

The following was written by our Program Manager and voice teacher, Anne. She discusses how songs should be performed, much the same way as an actor would perform a monologue.