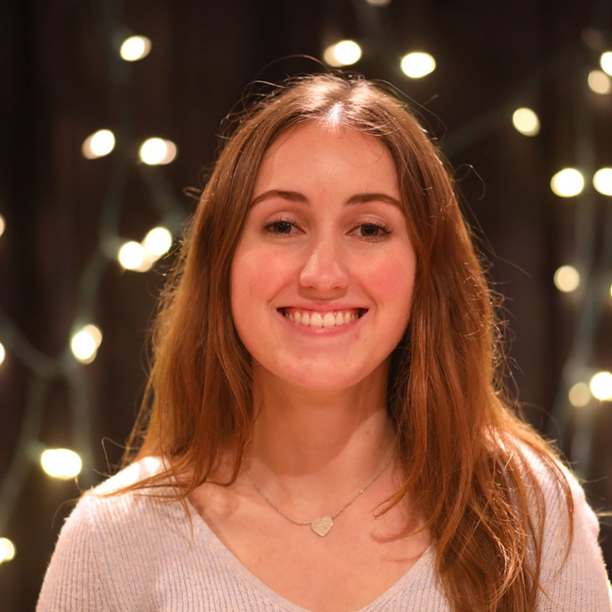 Mairead has been studying voice for many years in a variety of contexts: private lessons, group classes, choirs, musicals and bands. She has spent considerable time working on speech level techniques, along with a variety of other approaches. She loves to incorporate aspects of the speech level method into her teaching to help students sing correctly, freely, and with their own personal flair. Her approach is transferable to many styles, which is why she has the tools to better students with diverse musical preferences. She loves many genres and usually performs styles such as pop, folk, classical, and rock.

As a child, Mairead was heavily involved in children’s theater, which later led her to school arts programs. In high school, she was involved in the Academy of the Performing Arts in Huntington Beach, where she performed for one year in the musical theater program and three years in the commercial music program. She engaged in a lot of live performances that shaped her knowledge of stylistic choices in contemporary music settings. APA allowed her hands-on work with background harmonies, choreography, and solo performances in a large-scale show environment. She is very excited for any opportunity to guide students looking to be, or who are already, involved in the Academy of the Performing Arts and other similar school music programs. She strives to have her students combine correct technique with modern performance choices to feel comfortable and confident singing, no matter the occasion.

Mairead has also spent time in Irish bands. She was the lead singer for the band “Wooden Tantrum” in Southern Utah for a few years. Now, she performs as a featured singer for the local Irish band “Cillian’s Bridge,” who play all across Orange County. Surrounded by seasoned musicians with many miles and performances under their belts, Mairead brings a refreshing air of youth and exuberance into the equation.

Mairead is very excited to meet and teach new voices! In the words of Ella Fitzgerald, “the only thing better than singing is more singing.”